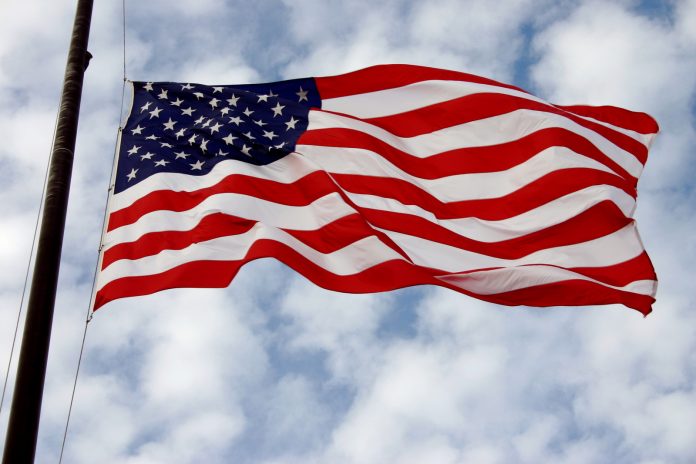 In the United States, Memorial Day is the second most popular time to purchase beer and fire up the barbecue (second to 4th of July).  Celebrating freedom is important to Americans.  I don’t begrudge anyone for celebrating a patriotic holiday with good food and drink. In fact, I almost got married ON Independence Day because I love the patriotic holidays so much

But Memorial Day is about death. There’s no other way to say it.  It’s a time to honor our nation’s fallen heroes and while celebrating freedoms they helped secure. So by all means, eat good food and catch up with friends over the long weekend. I don’t think (or want) Americans to mope and be dreary on Memorial Day. Celebrating and enjoying freedom is one way to honor their sacrifice. I implore you to still honor and recognize the significance of their sacrifice for you.  Don’t let the day pass without at least mentioning fallen servicemen and women to your children.

Flying the Flag on Memorial Day

The American flag is flown at half-staff when the nation is mourning.  According to the United States Flag code, on Memorial Day, flags should be quickly raised to full-staff position and then slowly lowered to half-staff.  The flag should remain at half-staff from sunrise until noon to honor the dead servicemen and women of this country.

At noon, the flag should be raised quickly to full-staff in recognition of living military veterans who served the country. For flags mounted on homes, it’s suggested to attach a black ribbon to the top of the flag pole beneath the ornament (at the end of the pole). The ribbon should be the same width as a stripe (on the flag) and the same length as the flag.  From what I can tell, this is a “patriotic practice” and not part of the flag code.  The ribbons are available on Amazon from multiple sellers.

Enjoy your long weekend and please consider sharing these tips to encourage your community to have a more meaningful Memorial Day.

Read more about the author.